Conversion of NBFC Into Bank

The firms incorporated under the Companies Act 2013 as the public or private limited company having objective of financial activity are known as NBFC or Non-Banking Financial Companies.

The firms incorporated under the Companies Act 2013 as the public or private limited company having objective of financial activity are known as NBFC or Non-Banking Financial Companies. NBFCs offer banking services without having met the legal banking concept. Under RBI Act Section 451(c), a Non-Banking Company carrying on a Financial Institution business would be an NBFC. It is regulated by both the Ministry of Corporate Affairs and the Bank of India Reserve.

NBFC plays an important role in the Indian economy. NBFCs would have access to lower-cost deposits and increased funding once they are transformed into banks

a. After conversion institution will able to accepts

b. After conversion institutions will able to draw cheques, DD.

Eligibility for converting NBFC into bank:

➲ Minimum paid-up capital for a new bank is Rs.200 Crore. The initial capital is increased to Rs.300 crore within three years of the start of business.

➲ The total contribution of the promoters shall be 40 percent of the bank's paid-up money.

➲ The initial money, other than the contribution of the promoters, can be provided by way of public or private placements.

➲ While capital grows to Rs.300 crore within three years of company start-up, promoters would have to collect additional money, which will amount to at least 40 percent of the fresh money generated.

➲ The capital shall be locked in for a term of at least 5 years from the date of receipt of capital by the bank.

➲ A industrial house will not be funded to the new bank. Nevertheless, individual companies that are directly or indirectly connected to large industrial houses can be allowed to invest in the equity of a new private sector bank up to a limit of 10 percent that would not have managed interest in the bank.

➲ The proposed bank shall maintain an arm's length relationship with the promoter group's business entities and the individual company / is investing up to 10 percent of the shareholdings as provided for.

➲ The relationship between the promoter group's business entities and the proposed bank shall be like that between two separate and unconnected entities.

➲ The bank shall maintain on a continuous basis a minimum capital adequacy ratio of 10 percent.

➲ As applicable to other domestic banks, the new bank would have to experience a priority sector lending target of 40% of net bank credit.

➲ The new bank would be expected to open 25 percent of its rural and semi-urban branches.

➲ The formation of a subsidiary or mutual fund shall not be allowed by the new bank for at least three years from the start of the company.

➲ The proposed new bank's headquarters could be at any place in India, as the promoters have agreed.

➲ The new bank shall be regulated by the provisions of the Banking Regulation Act, 1949, Reserve Bank of India Act, 1934, other relevant statutes and SEBI regulations on public matters and other guidelines relevant to the banks listed.

➲ The report is completed and filed in the required manner.

➲ The applications shall be followed by a project report covering the proposed bank's market potential and feasibility, market emphasis, product lines, technology capabilities, and other relevant details.

➲ Detailed information on the history of promoters, their experience, the business and financial value track record, details of the direct and indirect interests of promoters in various companies/industries, details of the proposed participation by foreign banks / NRI / OCB shall be given.

➲ Licenses will be given on a selective basis to those who comply with RBI's specified criteria and who are likely to comply with the best international and domestic customer service and efficiency standards.

➲ The Committee must review applications according to the protocol they have set up.

➲ RBI will take the decision to grant in-principle approval for the establishment of a bank which will be final.

➲ After RBI has granted the approval in principle for the establishment of a bank in the private sector if any other features are subsequently noted with regard to the promoters or the companies/companies with which the promoters are affiliated and the community in which they are involved, the Reserve Bank of India may impose additional conditions and, if necessary, may withdraw the approval in principle

A company which has the object of cultivating the habit of thrift & savings amongst its members, receiving deposits from, and lending to, its members only, for their mutual benefit, and which complies with such rules as are prescribed by the Central Govt.

Registration of NBFC's may be cancelled by the RBI for not conducting business in the manner specified in the respective statutes or due to any non-compliance. However, in certain circumstances, it is possible to apply for the revival of the NBFC whose li

A Non-Banking Financial Company (NBFC) is a company registered under the Companies Act, 2013 of India, the main operations of NBFC include loans and advances, acquisition of shares, stock, bonds, hire-purchase insurance or chit-fund, but they do not inclu

Conversion of NBFC Into Bank

The firms incorporated under the Companies Act 2013 as the public or private limited company having objective of financial activity are known as NBFC or Non-Banking Financial Companies.

An autonomous group of people belonging to the same class willingly comes together to strive to be common economic, social and cultural objectives and criteria through a business that is jointly owned and democratically controlled by such citizens.

A Collective Investment Scheme (CIS), is an investment scheme in which several individuals come together to pool their money to invest in a particular asset(s) with the motive to share the returns derived from the said investment in accordance with the ag

An establishment in form of trust or institutions that records and maintains a complete record of transactions of investors for the benefit or convenience of mutual funds houses or listed entities are called as share transfer agents.

Service providers through which e-commerce merchants can process their payment transactions are known as a payment aggregator, they are also known as merchant aggregator.

A service providing entities which plays role of intermediate between banks and websites facilitating the communication of transaction information are known as payment gateway.

Organization which is registered under companies act 2013 or 1956 and which facilitate financing activity such as loan, savings, and insurance to the needy people or to those who are incapable of getting loan from banks and other financial institutions d

An Infrastructure Investment Trust (InvIT) is a collective investment scheme, similar to a mutual fund, that allows individual and institutional investors to invest directly in infrastructure projects in exchange for a small percentage of the income as a

Trusted By Clients And Industry Experts

Professional and trusted service, my company needed certification from the state excise in the State of Telangana and CORPZo were so professional in their approach, be it filing of part 3 and 4 of MSME or application process with the state exice that it made my life easy.

Will always look to a team which is knowledgeable particularly when it comes to the field of alternative medicine. I had spoken to many including the government offices but was confused how to proceed with setting up of my pharma unit, CORPZo had the right professional guidance available.

They believe in transparency in business and give high regard to Customer Satisfaction. Love to work with them and Highly Recommended

I needed to apply for business related registration and receive some certificates. Their service is very professional. I researched in the market and found that they are very cost effective, so initially I was a bit doubtful, but, for my surprise, they are better than some of the big house.

Awesome and excellent services provided to me. Great and polite gestures with full professional behavior . Have got my company incorporated by corpzo. It was done within a week and have been using their accounting services ever since. They have been a real boost to my business. 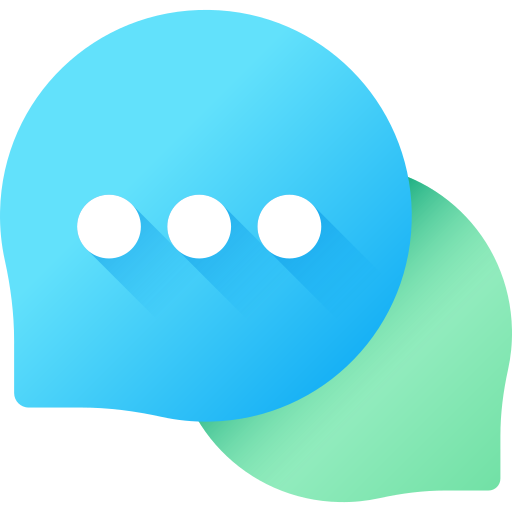